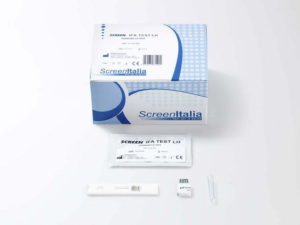 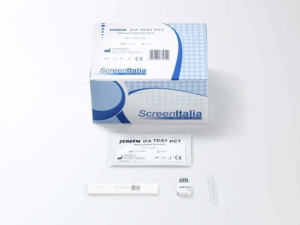 Test for the diagnosis of myocardial infarction (MI) by measuring Myoglobin in whole blood, serum or plasma with the use of the Immunofluorescence Analyzer. For professional in vitro diagnostic use only. The Myoglobin Test Cassette (Whole Blood / Serum / Plasma) is intended for the in vitro quantitative determination of Myoglobin in whole blood, serum or plasma as an aid in the diagnosis of myocardial infarction (MI). Myoglobin (MYO) is a hemoprotein that is normally found in skeletal and heart muscle with a molecular weight of 17.8 kDa. It constitutes about 2 percent of the total muscle protein and is responsible for the transport of oxygen within the muscle cells. When muscle cells are damaged myoglobin is rapidly released into the blood due to its relatively small size. Following MI-associated tissue death, myoglobin is one of the first markers to rise above normal levels. The level of myoglobin rises above the base levels in the 2-4 hours following the heart attack, reaching a peak after 9-12 hours and returning to the base level in 24-36 hours 2,3. Various researches suggest the measurement of Myoglobin as a diagnostic aid for the exclusion of myocardial infarction with negative predictive values ​​reported up to 100% in certain periods of time after the onset of symptoms. The Myoglobin Test Cassette (Whole Blood / Serum / Plasma) detects Myoglobin based on immunofluorescence. The sample moves across the strip from the sample pad to the absorbent pad. If the sample contains Myoglobin, it attaches to fluorescent beads conjugated to anti-Myoglobin antibodies. Then the compound is captured by the capture antibodies placed on the nitrocellulose membrane (Test line). The concentration of myoglobin in the sample is directly proportional to the intensity of the fluorescent signal captured on the T-line. Depending on the intensity of the fluorescence on the test and the standard curve, the concentration of myoglobin in the sample is calculated by the SCREEN® Analyzer to show the concentration of myoglobin in the sample.