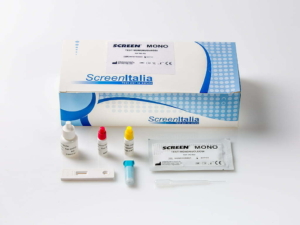 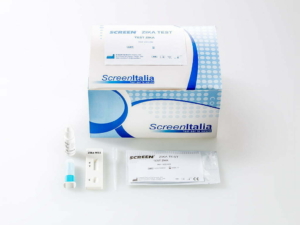 Rapid test for the qualitative detection of Legionella pneumophila antigen in urine samples. For professional in vitro diagnostic use only. The Legionella pneumophila Rapid Test Cassette (Urine) is an immunochromatographic in vitro diagnostic test. It is designed to detect the soluble Legionella pneumophila serogroup 1 antigen in human urine samples. Legionellosis is severe pneumonia caused by bacteria of the genus Legionella assigned to the Legionellaceae family. This family now includes 48 species and over 60 serogroups. About 20 species are implicated in human diseases. The vast majority of Legionella infections are caused by Legionella pneumophila. Legionnaires’ disease is the main clinical manifestation of Legionella infection, although extra pulmonary infections and non-pulmonary diseases such as Pontiac fever do occur. The name Legionella pneumophila is derived from the dramatic epidemiological outbreak following the 1976 American Legion Convention in Philadelphia. Legionella pneumophila is responsible for approximately 90% of infections and of these over 80% is due to a single serogroup, serogroup. Legionella is a Gram-negative bacterium with the shape of small rods which has polar flagella. Legionella bacteria have a widespread proliferation in both natural and artificial aquatic habitats. They are readily available in fresh water, cooling towers and drinking water systems. Organisms can survive in a wide range of conditions and temperature is a determining factor for the proliferation of Legionella. Nosocomial infection is particularly associated with legionella colonization of the hospital hot water system. The incubation period of Legionnaires’ disease after being exposed to the bacterium ranges from two to ten days. Most hospitalized patients develop high fever often above 39.5 ° C (103 ° F). Coughing can be the first sign of a lung infection. Other common symptoms include headaches, body aches, chest pain, and difficulty breathing. Gastrointestinal symptoms are common. Legionnaires’ disease (LD) is not contagious. The disease is airborne and there is no evidence of direct person-to-person transmission. People at risk are those whose immune systems are compromised, including transplant recipients, the elderly, cigarette smokers, or those with chronic obstructive pulmonary disease or chronic kidney disease. Diagnosis of legionellosis can be difficult because the signs and symptoms are nonspecific and do not distinguish L. pneumophila infections from other common causes of pneumonia. L. pneumophila infections are considered to be quite common but are likely underdiagnosed and underestimated. The underdiagnosis of legionellosis can in part be attributed to the need for rapid, specific and sensitive diagnostic tests. The Legionella pneumophila Rapid Test Cassette (Urine) detects soluble L. pneumophila serogroup 1 antigen in the urine. This is a ready-to-use membrane test based on colloidal gold particles. This test allows the detection of Legionella pneumophila LPS in urine samples. The sensitivity and specificity of the test come from monoclonal and polyclonal antibodies to Legionella. Mouse anti-Legionella antibodies are conjugated with colloidal gold particles and dried on a conjugated absorbent pad. Each strip is sensitized with goat anti-Legionella antibodies in the line region (T) and with a control antibody in the line region (C) as the urine sample migrates, the conjugate is rehydrated and migrates along with the sample. If L. pneumophila urinary antigens are present in the sample, a bond is formed between the anti-L. pneumophila conjugates and L. pneumophila antigens that will be captured by the specific anti-L reagent. pneumophila coated on the stick. The results appear in 15 minutes in the form of a red line that develops on the strip.